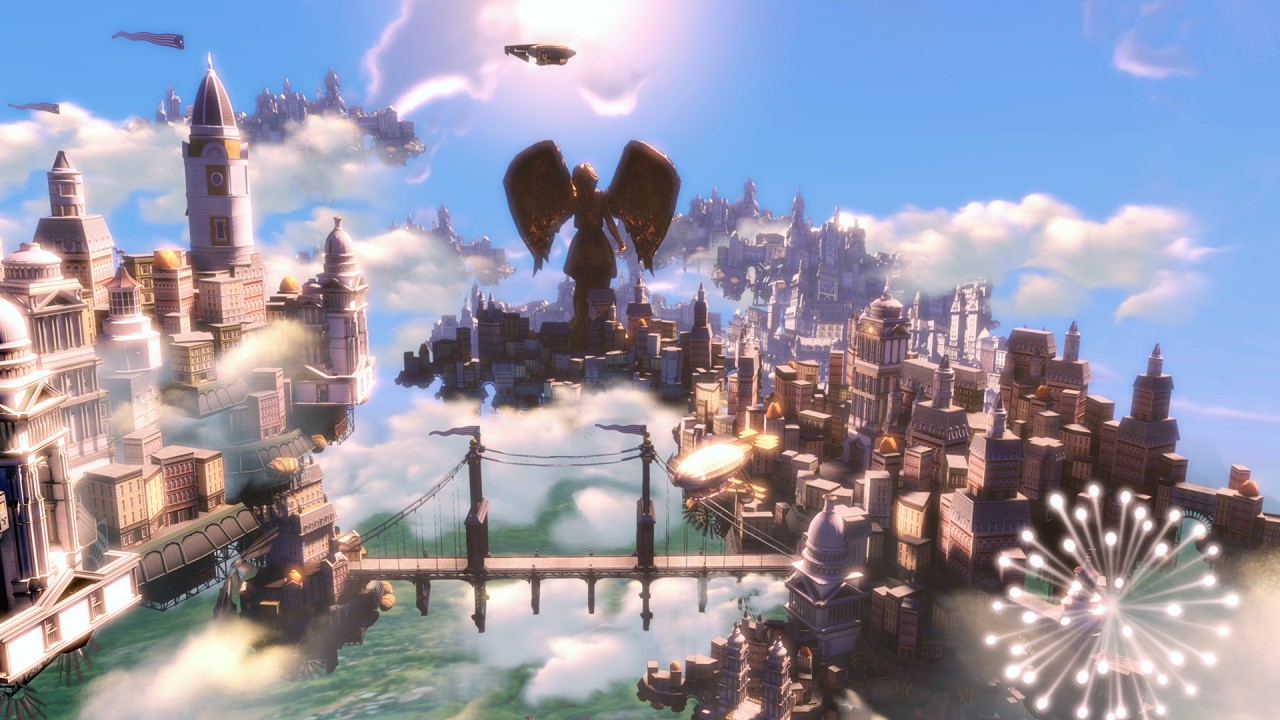 Marvel Studios has been on somewhat of a hot streak as of late. In 2017, Guardians of the Galaxy Vol. 2, Spider-Man: Homecoming, and Thor: Ragnorak all grossed over $800 million at the box office. Thor and Spider-man both had over 90% fresh ratings on Rotten Tomatoes, with Guardians being over 80% fresh. Despite the critical and commercial success, Marvel has been associated with using a derivative formula.  Complex narratives and serious drama are not a topic of conversation. Cinemagoers usually expect a fun, joke-filled, low-stakes comedy-action film with competent direction and acting. It is rare for a Marvel film to break this mold. Thankfully Black Panther, directed by Ryan Coogler, is a breathtakingly dramatic, wonderfully acted and directed, and thematically rich film that stands out among the 18 MCU movies. It is a film that dares to take itself seriously where other Marvel films have embraced the camp. 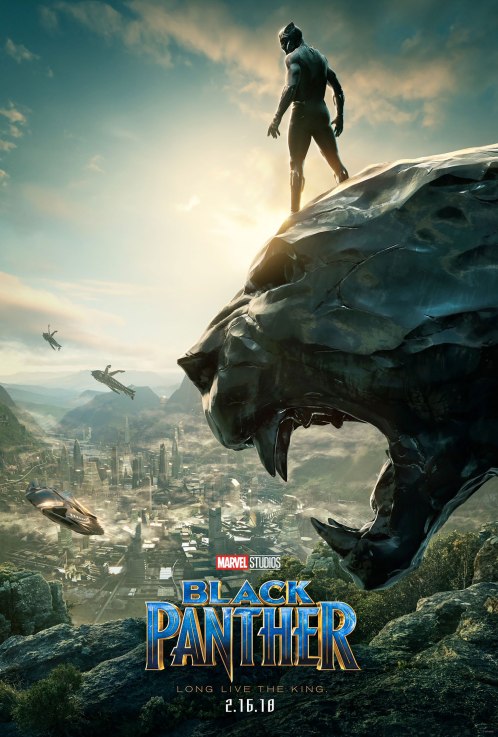 Where Black Panther truly succeeds is in its ability to be self-contained. There are very few references to the larger Marvel universe, and the film begins by delving right into the Black Panther lore. The opening fifteen minutes are immersive, the beautiful culture and landscape of Wakanda feel established and lived-in. It’s obvious that the architects behind the movie put a lot of effort into crafting an authentic representation of African culture in a technological landscape. The vibrant scenery reflects the vibrant characters. Chadwick Boseman as T’Challa/Black Panther is as captivating as ever. He builds upon the taste of his performance that was given in Captain America: Civil War. Alongside T’Challa are several other great side characters played by great actors. A few standouts include T’Challa’s sister, Shuri, played by Letitia Wright, T’Challa’s ex and a Wakandan spy, Nakia, played by Lupita Nyong’o, and the general of the elite Wakandan bodyguard known as the Dora Milaje, Okoye, played by Danai Gurira. The full cast of Wakandan’s includes esteemed actors such as Forest Whitaker, Angela Bassett, and Daniel Kaluya. Winston Duke is particularly stellar as M’Baku, the powerful leader of the Jabari people, and Martin Freeman returns to the role of Everett Ross to provide some levity.

The music is another excellent aspect of the film. It features a unique composition of cinematic score and contemporary soundtrack. Ludwig Göransson’s African rhythms and Kendrick Lamar’s hip-hop beats blend into the film’s sequences and don’t intrude upon the important moments. The film knows when to use the contemporary soundtrack and when to use the cinematic score. The costume design features bright complementary colors and rich patterns without having off-putting or outlandish designs.

Coogler’s style of direction leaves little to the imagination, as breathtaking shots of sweeping landscapes and cityscapes are prominently displayed throughout the film. The overhead shots and upward tilts highlight the true scope of Wakanda’s advanced world. Where the consistency stops is during the action scenes. The first action sequence takes place at night and features jerky camera movements and bright machine gun flashes that detract from the fighting. The second action sequence features intense cuts and effective tracking shots. The rest of the action in the film is either bright and well-choreographed or dimly lit and jumpy. Black Panther also lacks the same physical prowess and swiftness that he had in Civil War. It doesn’t help that the special effects, at some times, can be very distracting and even lackluster. A few of the digital backgrounds are not fully rendered and can look fake. The CGI in some of the action scenes make the characters’ movements seem uncanny and clearly computerized. Some of the visually stunning camerawork can be hampered by the poor background effects. However, it is possible that Marvel Studios could be saving their budget for the extravagant bonanza that is Avengers: Infinity War. Aside from the unsatisfactory CGI, the visual and auditory elements of Black Panther are fantastic. Coogler has developed a fully fleshed-out world that has its own distinctive aesthetic.

As for the narrative, the subtle but socially relevant commentary and the Shakespearean levels of family drama and tragedy elevate the film above the average superhero movie. There is humor, but it is natural and not overused. The story is serious, and intent on making an actual statement. The true heart of the conflict is in the ethical dilemmas facing T’Challa. As an advanced nation with vastly superior resources, Wakanda has the capacity to dramatically affect the world. It can provide aid to other countries, bring in refugees, and do it all better than any other country ever could. The tradition that previous Black Panthers have followed is to hide Wakanda from the rest of the world, preserving its culture and sheltering its people. The choice that T’Challa has is to either take initiative and help the world or prioritize his own people above others. If T’Challa reveals Wakanda, it could result in the endangerment of his people and the potential loss of cultural identity. If T’Challa stands firm with tradition, then the world will continue to struggle and vulnerable populations would remain vulnerable. The film does provide an answer, and it relates to the message of globalization and the need for humanity to stand together as one group of people rather than a series of divided tribes. T’Challa has to make the hard choices and adapt as a leader. He acknowledges the sins of the past and makes new developments that even go against tradition. Every film has its derivative moments though, and Black Panther is no different. It occasionally follows a few story beats from other superhero films, and the superhero clichés relating to the hero’s journey are akin to what you would see in The Dark Knight Rises or an episode of Arrow.

The best part of the film by far, is its villains, specifically Michael B. Jordan as Eric Killmonger. While Ulysses Klaue is deliciously maniacal as a villain and actor Andy Serkis steals every scene he is in, he is not a major motivator of the plot. Eric Killmonger, on the other hand, is central to the plot and his entire story parallels T’Challa’s. Moreover, much of the story is about what happened to Killmonger and why he is the way he is. Killmonger is identifiable and garners a lot of sympathy. He is a monster born out of his environment and his own family tragedy. The circumstances of Killmonger’s upbringing qualify his views. His motives can actually be seen as reasonable; his viewpoint even makes sense. Only through his ruthless methods can he be identified as the villain, and again, his actions are only a result of the hand he’s been dealt. Killmonger was an outcast, not born in the privileged wealth of Wakanda. Because of this, he doesn’t identify with Wakanda, but instead with the marginalized black communities of the world that exists outside of Wakanda. He sees the world as a chaotic nightmare that Wakanda has turned its back on, and only by taking aggressive action can Wakanda right the wrongs of ignoring the rest of the marginalized communities in the world. Michael B. Jordan brings an intensity and gravitas to the role that rivals some of the best comic book villain performances ever. He can play the sympathetic victim and then turn on a dime to become an intimidating and coldblooded monster with a pure intent to kill in his eyes. Killmonger has a commanding presence on screen, and his brilliance as a villain is also accentuated by how effective he is in causing problems and outmaneuvering the heroes. He’s a great villain because he thinks he is the hero of the story.

While the overall plot structure isn’t radically different from other superhero movies, Black Panther takes a few unexpected turns in how it manages to resolve its story. It isn’t over-reliant on the hero. It isn’t just on T’Challa to save Wakanda, it’s on his friends too. Okoye, Nakia, Shuri, and others are all superheroes in their own way as they fight together against the enemy. They are all the warriors of Wakanda, dedicated to protecting their king and country. Chadwick Boseman shines, but it is an ensemble film with an ensemble cast. Everyone brings their all to their roles. 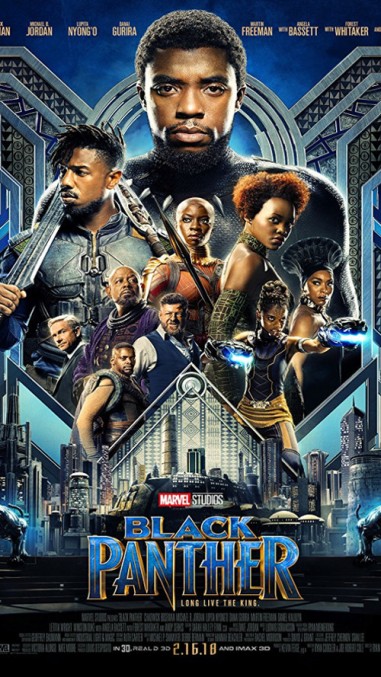 Ultimately, Black Panther is a film about culture. It questions whether cultural identity should be preserved and protected to the point of hostility, or whether peoples all over the world should unite under a banner of shared experience and humanity. The dynamic realm of Wakanda represents the ever-changing landscape of a globalizing world. Black Panther is important, not only because it features diversity and representation on new levels that haven’t been seen in major blockbuster films, but also because it’s a very good film with socially relevant themes. It has a focus; it tries to evoke thought from the audience. It builds and takes its time with the story, it features some of the best performances in any superhero films, and it does this all while being a part of a shared cinematic universe that’s about talking raccoons and Norse gods fighting against a giant purple alien with a power glove. It is a refreshing change of pace for a franchise that is becoming derivative in recent memory.